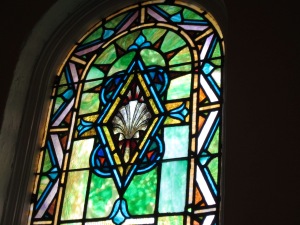 As we waited for the Supreme Court decision and as we wait for our bathroom to be done, I noticed a paradox in the way I see things and wait.  When we started the bathroom, a few days late, I told Carole again how I just (she should) assume it’s going to take longer and cost more than the estimate.  Then if it’s on time at expected cost, great!  If not, we were psychically ready.

As she tried to engage me in plans for what to do with our union should the court decide against us, I refused to participate.  I didn’t want to expend the energy in that negative direction unless I needed to.  I was completely ready and sure, though, that the decisions would go against us.  Then, if they didn’t, great!  If they did, well, I expected it.  I was prepared to try hard to live in the gratitude I have that this was even being considered.

Expectations are a popular topic at the AA meetings I attend.  They are, we say, pre-planned resentments.  I struggle with this at work, when I have to correct and instruct people in what they should do.  It is my job to do that.  If I fail to do it, I haven’t done my job, and I’ve let the clients down.  Still I have different expectations for different people and I have to admit that I expect several of them to fail.  That’s what they’ve done so far.  Repeatedly.

So is it a failure to be optimistic?  Is it being realistic?  Cynical?

I’m happy with the results of my thinking in both instances I started with.  The bathroom is taking longer but not costing more, so that’s a very good thing.  I’m amazed by the court, and so heartened.  I’m still afraid I may not live long enough to get married in my state.

Did I drink in part because I couldn’t deal with the realities of life and things not in my control?  If so, I’ve learned a lot about adjusting my expectations and my attitude toward realities that are sometimes awful and often disagreeable.  That brings me back to the old “you don’t have to like it to accept it.”  These days I’m really striving to do both.

Our bathroom is over 100 years old and we’re having it redone.  The people who built it did a really good job, and they must have anticipated nuclear war because it would have made an excellent bomb shelter.  We’ve been a few weeks without the bathroom and it looks like it will be a few more.  Carole stays home while they work on it and I’m very very grateful for my job that requires I leave the house every day while this goes on.

I’m waiting tonight to go to a meeting.  We have a very hectic weekend coming up with hopefully another week following it.  And one of these weeks, a new bathroom.

With each passing day of our lives, may every one of
us sense more deeply the inner meaning of A.A.’s simple
prayer:
God grant us the serenity to accept the things we cannot change,
Courage to change the things we can,
And wisdom to know the difference.

We had a really perfect weekend that included a trip to Broadway to see the play Pippin, which I had seen when I was 12, my first Broadway play.  Now I was back with Carole, her sister, and the kids, and it amazes me to think of all that’s happened to me in the past 40 years.  Forty years ago I hadn’t yet started to drink (unless you count the drinks my family gave me when I was a baby and toddler), but I had so many of the character traits that would spell disaster a short time later.  Now I can experience this and honestly say it was about perfect.  We even got to meet Erika’s new boyfriend, and that went well, except when, less than an hour into knowing him, Carole asked him if he has Asperger’s.  We will find out how forgiving he is, and if he has a sense of humor, and we have a new family story to tell (and tell and tell).

I have a short illustration of how gratitude works in my real life (as opposed to how I may say it works at meetings when asked).  Nicholas drove to Carole’s sister’s house with us, leaving his car at our house.  His car has one of those European license plates on the front.  Ornamental.  I felt sure, after the car had been here for a day, that the bent corner of the license plate was newly bent.  Carole looked at it and said someone had tried to steal it.

I felt bad about that for several reasons.  I didn’t like the thought of someone doing that basically right outside our bedroom window while we slept.  And I felt bad that Nicholas would feel bad.  I hate to think of my child (25 years old) feeling bad about something like that.

As I drove to work, thinking about it, I almost immediately made myself buck up.  It came to my mind automatically and quickly that there are mothers of 25-year-old sons all over the world having much worse days than I was having.  Mothers who are separated from their sons and not able to know how they are.  Mothers of sons who are sick, or dying, or starving, or sad.  That is basically how it works for me.  I knew right away that this was a tiny, luxury problem, and that I shouldn’t give it any more of my day.  And I mostly didn’t.

When Carole broke the news to Nicholas about this tragedy, he told her that he had bent it himself, hitting it with his garage door.  No one tried to steal it.  If he felt bad, it was when he damaged it himself.  So it’s a doubly good thing that I didn’t waste more than a little time feeling bad about this thing that didn’t even happen.

I’ve learned through the years to mostly turn away from those negative thoughts and emotions, if I can, as quickly as I can.  I had a perfect weekend and, at least for that short period of time, nothing bad happened to me or mine.  One day something will and then there will be plenty of time to feel bad about it.  I don’t need to practice.

I was uninspired facing the topic of balance, and I hit the random post button to see where that took me.  It took me here, a place where, four years ago, I was complaining about several things including having too much to do over the weekend.  That still stresses me a lot and I wonder how I used to do it when the kids were younger and I had to care for them, spend time with them, and schlep them to athletic things and doctors and dentists and therapists.  Somehow I managed.

Now, unless I have some special lot of things to do, I have a mostly good balance day-to-day.  Most days I leave the house for work at 7 and I get home around 4:30.  Most weeknights I don’t have to go anywhere except a meeting.  I usually go to my home group and one other meeting.  That’s a good amount of meetings for me right now, and that is certainly in balance.

I don’t do enough house work/yard work/exercise, things like that.  But I do some.  I socialize what seems like a lot to me, mostly at work and at meetings.  I work in close proximity to around 100 people every day, and I work closely with one of them.  And Carole’s here when I’m home unless she’s running around looking for something to DO.

Why is “balance” a topic for AA?  I guess that when we aren’t in balance, it’s hard to be serene.  Also being out of balance would mean neglecting some things, whatever those things are, and that’s not a good feeling.  Not a good feeling and possibly irresponsible.  AA is lot about being responsible.  Right living and all that.  I think I read about it somewhere in the literature . . .