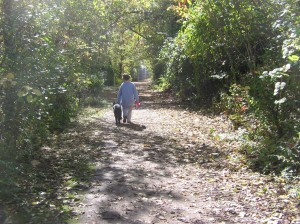 This isn’t really why, at the age of 16 (and 17 and 18 and 19 and 20) I was unable to get sober in the program of Alcoholics Anonymous.  Looking back I honestly think I had a mostly good attitude about being the youngest person in the room, sometimes by quite a few years.

And there were a few older men around at that time (I hoped they’ve since moved on or changed their minds) who actually tried to dissuade me from attending.  “I spilled more than you drank,” was a phrase I heard from time to time, and I didn’t know then what an appropriate response would have been, and I don’t know now.  I think those few, certain people did not enjoy having a teenage girl at their meetings.  Possibly they believed I didn’t belong.

A very rough “oldtimer” of six years, Pete D, gave me a different phrase I still hold to my heart.  He had a terribly hard story of being in war, being homeless, being an orphan  – very different from my upper middle class suburban drunkenness.  One day I asked him how he had lived so long, doing what he did, and he said, “I didn’t drink the way you do.”

That’s my story.  At 16 and 17 and 18 and 19 and 20 I was so incapacitated by alcohol that I would not have lived to my 50s or probably even my 30s.  I drank much more, much more often than these tough guys did at my age and because of it, I was very unlikely to reach their age if I kept on.  I don’t know if there are degrees of alcoholism (mild, moderate, severe?) and it’s only important for me to think about if the devil on my shoulder tells me still, today, that back then I was surely too young.

Through the years I’ve seen people be too unique to “get it.”  Often they feel their life circumstances prohibit them.  Their kids are too young, their jobs are too important, their wives are too mean.  Some, too, leave us, because they “didn’t drink like THAT” (like what? They are in an AA meeting now) only to return later and usually leave again.

For me, it was imperative that I identify, not compare, my feelings, not my circumstances, to the people in the room.  There just weren’t other teenagers around much in that place at that time.

I once reached out to my psychology teacher in high school, telling him about some drunken something I had survived, and he told me I would probably be an alcoholic in a few years.

Permission!  I didn’t take it.  Even then, I knew that the people in AA knew more than he did about it, that I had already arrived.

Someone told me early on that “no one goes to an AA meeting by accident,” when I expressed that maybe I was “too” different to actually belong.  The cynic in me balked and wondered and still does, a tiny little bit.  No one?  Ever?  Truly?  You mean, some nice church lady isn’t looking for the Daughters of Esther meeting, and she wanders in, lured by donuts, and ends up in an AA meeting, though she only drinks a little sherry once a month?

Well, I was no church lady.  What led me there was no mistake, it was my drinking problem, and this is so for all the people I have ever met at a meeting.  They all belong.  Except for the extremely occasional student nurse or beleaguered family member, there to give support.

Today I thank God I’m not terminally unique.  Because I believe, for me, it would have truly been terminal.  And if by some miracle it didn’t actually kill me, it would have been a life of pain and misery.  Many people are dismayed, at first, to realize they belong but it is the single most important, best fact of my life today.  There is no where else I’d rather belong.

Almighty God, thank Thee for the job of this day. May we find gladness in all its toil and difficulty, its pleasure and success, and even in its failure and sorrow. May we look always away from ourselves, and behold the glory and the need of the world that we may have the will and the strength to bring the gift of gladness to others; that with them we stand to bear the burden and the heat of the day and offer Thee the praise of work well done. Amen.